Sir Thomas's Skull, Revealed and Otherwise. And His Will.

Reproduction of the frontispiece to Volume II of The Works of Sir Thomas Browne, edited by Charles Sayle (London: Grant Richards, 1904). Mr. Sayle in turn notes “The frontispiece to this volume is reproduced from a photograph kindly lent to me for the purpose by Mr. Charles Williams, F.R.C.S.E., of Norwich, whose note upon the measurements of Sir Thomas Browne's skull appeared as Apendix II. in the edition of Browne’s Hydriotaphia and Garden of Cyrus, published in the ‘Golden Treasury Series,’ by Messrs. Macmillan and Co., in 1896.” For more on Sir Thomas's skull, see Notes on Sir Thomas's Skull, a work more or less in progress.

Beside, to preserve the living, and make the dead to live, to keep men out of their Urnes, and discourse of humane fragments in them, is not impertinent unto our profession; whose study is life and death, who daily behold examples of mortality, and of all men least need artificial memento's, or coffins by our bed side, to minde us of our graves. — The Epistle

Unto these of our Urnes none here can pretend relation, and can only behold the Reliques of those persons, who in their life giving the Laws unto their predecessors, after long obscurity, now lye at their mercies. But remembring the early civility they brought upon these Countreys, and forgetting long passed mischiefs; We mercifully preserve their bones, and pisse not upon their ashes.

Even such as hope to rise again, would not be content with centrall interrment, or so desperately to place their reliques as to lie beyond discovery, and in no way to be seen again; which happy contrivance hath made communication with our forefathers, and left unto view some parts, which they never beheld themselves. — Chapter I 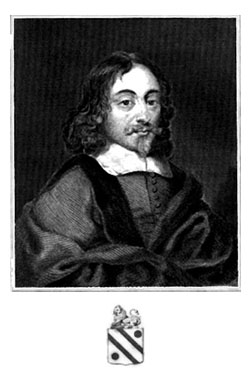 This page is maintained at the University of Chicago by James Eason, who welcomes comments, criticism, and suggestions.